Sahasra Semiconductors Pvt. Ltd (SSPL), A Sahasra Group Company, is India’s first and only private company to start NAND FLASH IC packaging and testing operations. Coming up at ELCINA EMC Cluster, Bhiwadi, Rajasthan this State of the Art ATMP (Assembly, Testing, Marking & Packaging) facility shall commence trials and sampling of it’s products by June 2021 with construction of the building starting in November 2020.

SSPL already has another distinction to its name of being one of the only 6 companies approved by GOI for the Specified Electronic Components Segment under the PLI Scheme. Other than this SSPL has also applied for further government incentives under the SPECS scheme and expects to get the necessary approvals shortly, providing the much needed financial impetus promised by GOI to start-ups in the electronics and semiconductor manufacturing space.

Incorporated on 15th July 2020, SSPL has made significant progress in the first few months of its founding and shall continue its path breaking firsts with the eventual offering of commercial production of memory packages for the Indian and global markets by August 2021. With initial focus on COB and Micro SD cards, SSPL will quickly move on to packaging of internal memory products such as eMMC, BGAs, etc that are widely used in Laptops, Servers, Desktops, Tablets, Mobile Phones, Drones, Industrial Electronics, Automotive Electronics, IOT and several other applications.

Sahasra Group through its other entities is already engaged in the manufacturing of USB Drives, Micro SD cards and SSD’s for its Indian and overseas OEM customers as well as distribution of the same via E-commerce and retail partners. This backward integration was a natural step for Sahasra and its technology associates/partners to increase the value addition with the growing demand of storage in India fulfilling the Honourable PM Narendra Modi’s call of “Make in India” and helping the country in being self-reliant "Atmanirbhar". 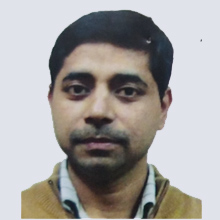 Building Construction completion by the END of DEC-2021

Scheme for Promotion of Manufacturing of Electronic Components and Semiconductors (SPECS)